Inspired by Rem Koolhaas’ ( for the Seoul Biennale ) sentence which describes the South Korean capital as ‘Manhattan with Alps’, Stampone creates a new Architecture of Intelligence based on the relationship between urban spaces and their surrounding ecosystems. Seoul, one of the major and most sophisticated cities in Asia, where the most advanced technologies and the environment try to walk hand in hand, is what gave Stampone the idea for a group map as part of his recent research. He asked ten people – artists and intellectuals who are close to him in terms of ethical vocation and project sharing – to come up with ten proposals which will be put on a larger conceptual map. The focus of the action are the ‘areas of weakness’ between city and natural environment, spaces which resemble Marc Augé’s ‘Non-Places’ and Gilles Clement’s The Third Landscape. Here the attrition between civilisation and environment is more present, the balance more delicate and unstable and the consequences of each choice more serious. Together with the map Giuseppe Stampone created a children’s workshop to put together a spelling book in Korean which is displayed next to both a video illustrating the entire process and the group map to which the following people contributed: Stefano Boccalino, Jota Castro,CCD Studio,  Pietro Gaglianò, Igor Grubic, Ugo La Pietra, Stefania Gallegati , Marco Neri, OBRA Architects, Paolo Parisi, Simona Pavone,  Alfredo Pirri, RAVE (Isabella Pers and Tiziana Pers), Marinella Senatore Lorenzo Scotto di Luzio. 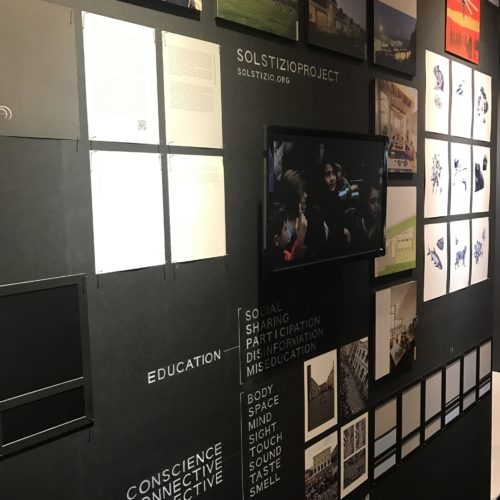 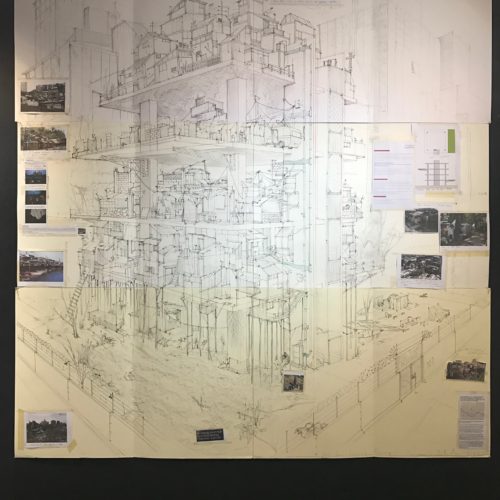 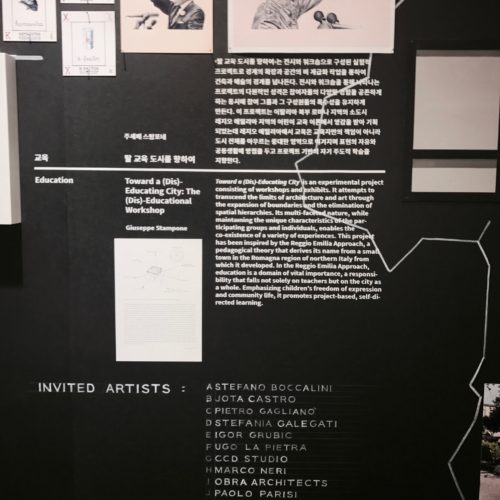 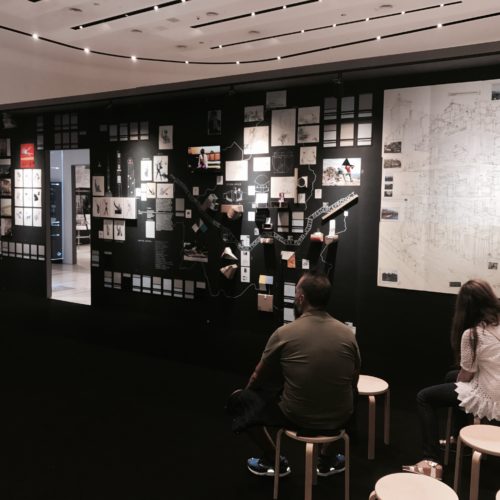 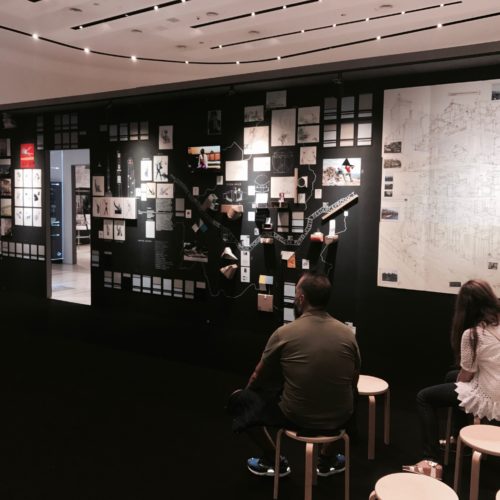 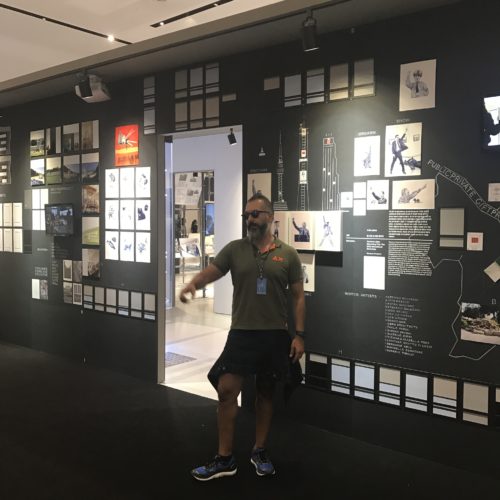 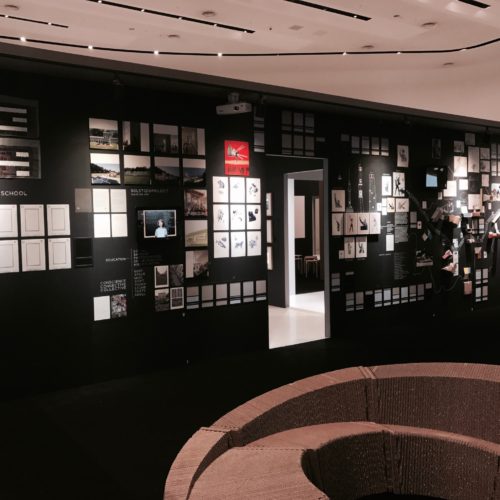 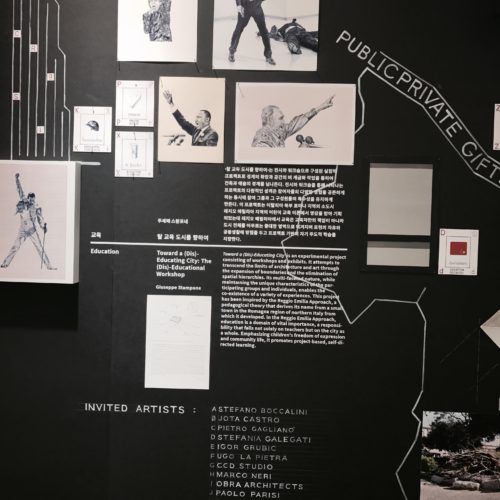 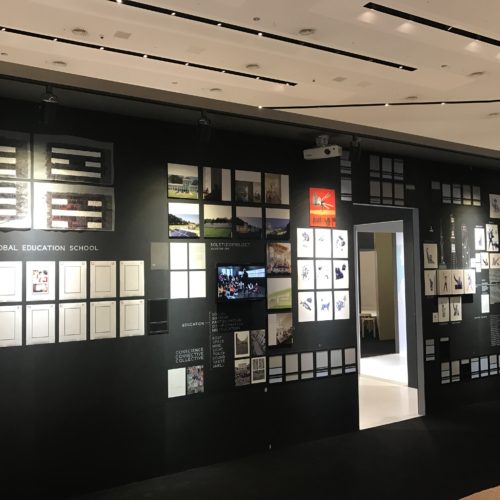 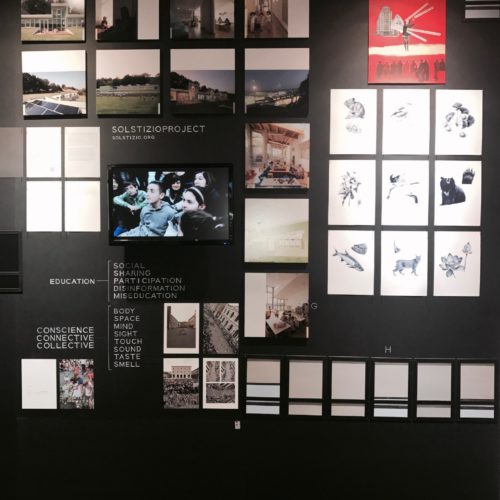 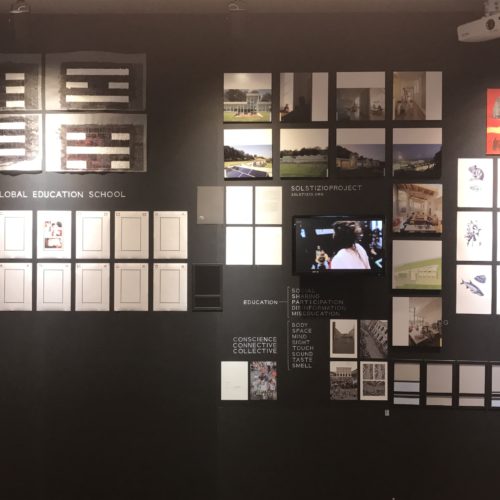 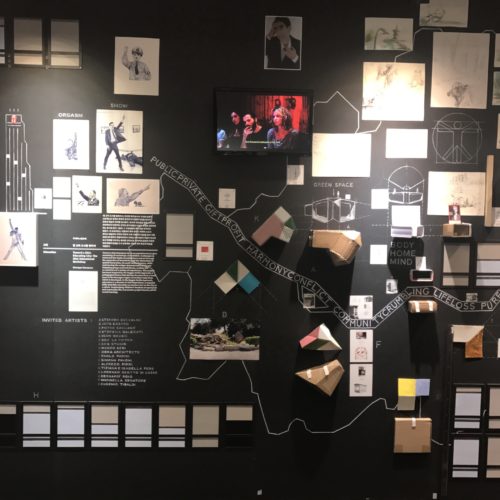 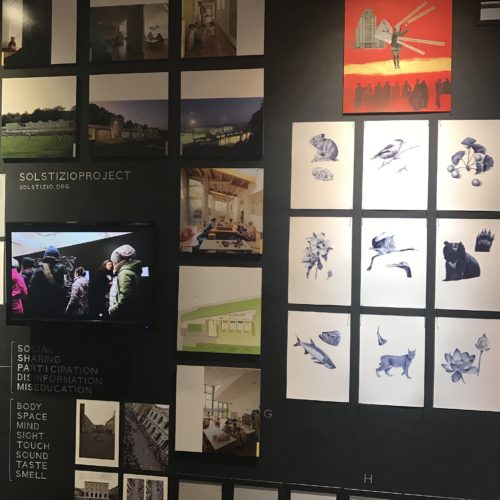 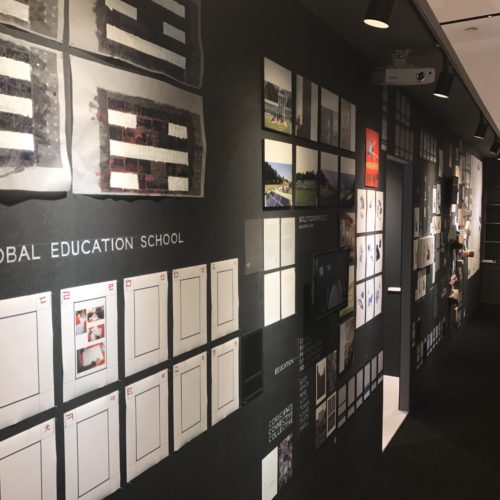 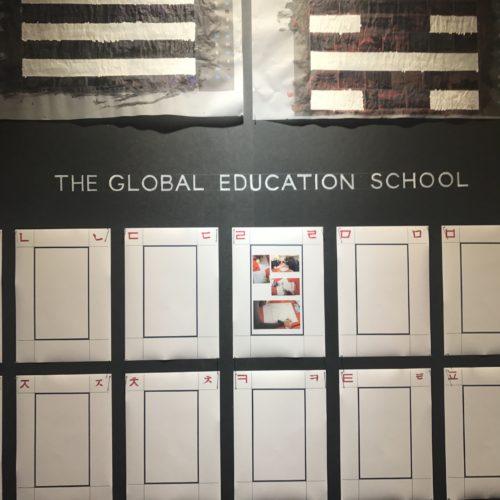 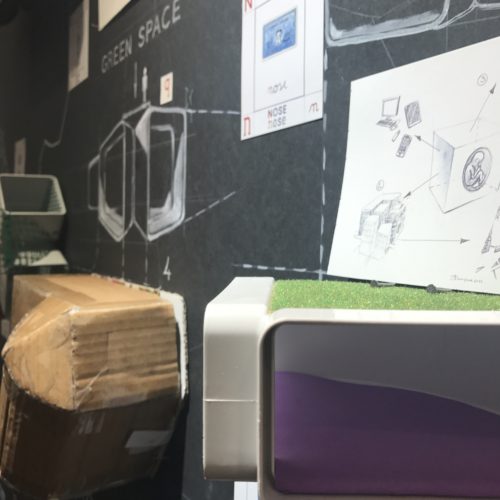 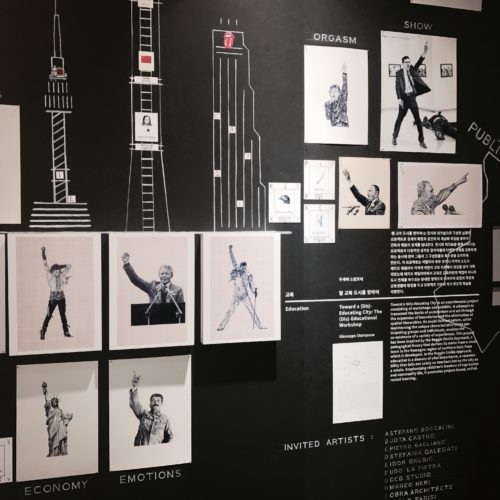 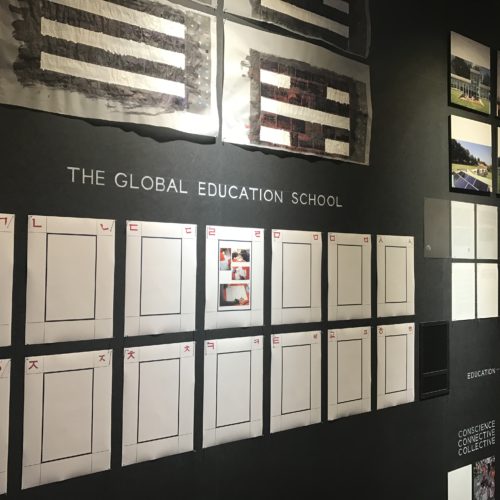 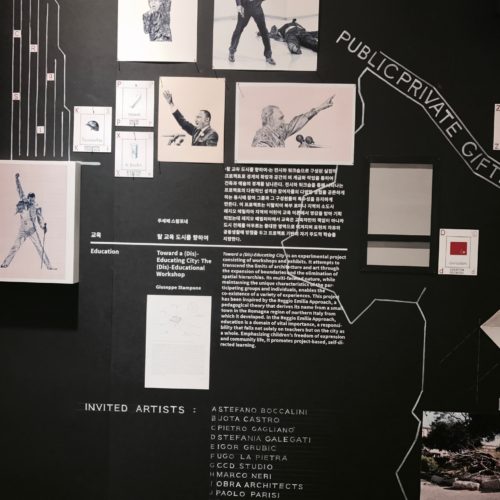 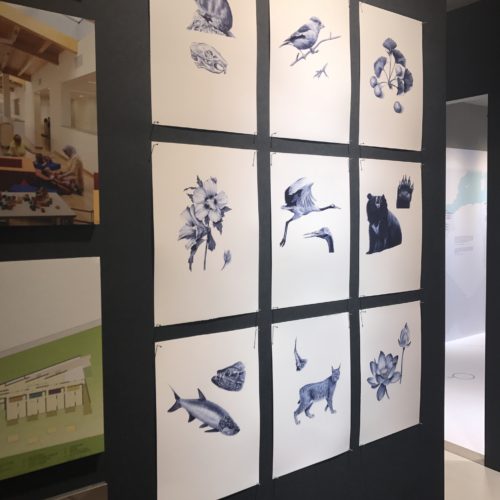 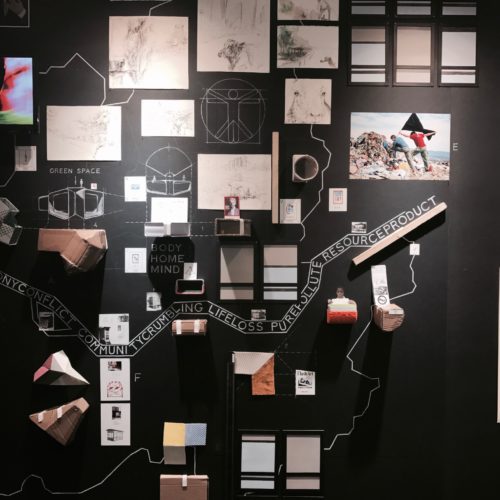 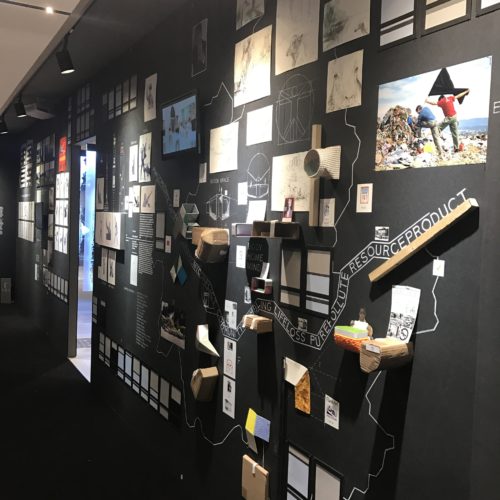 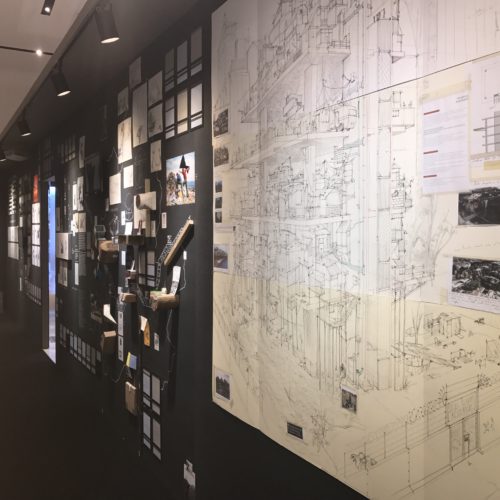 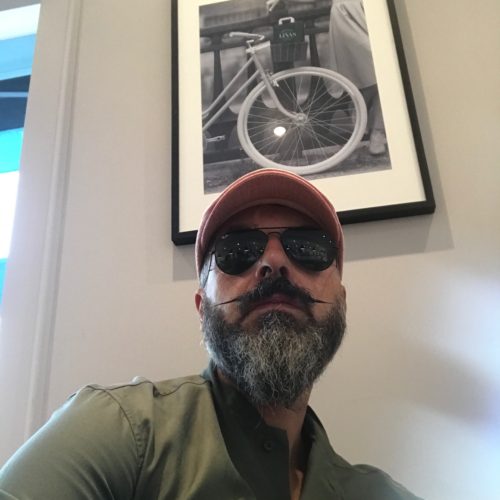 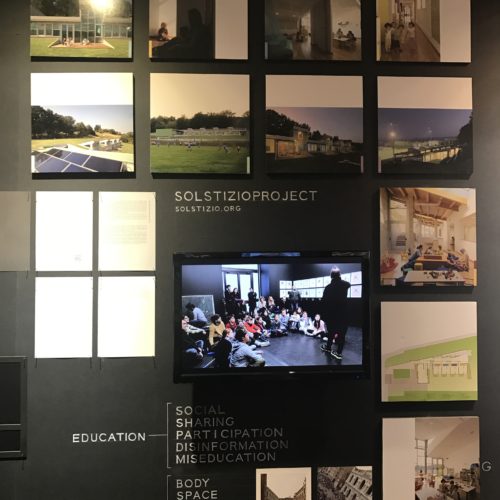 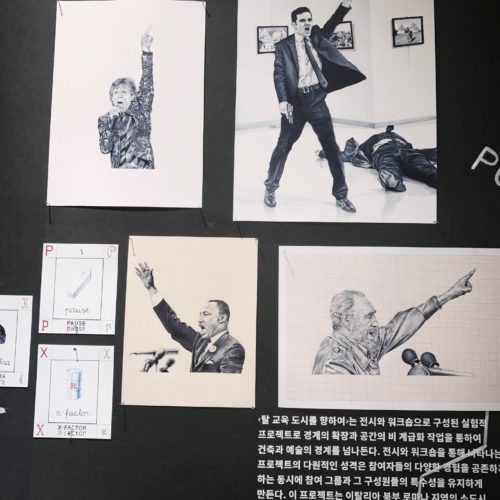 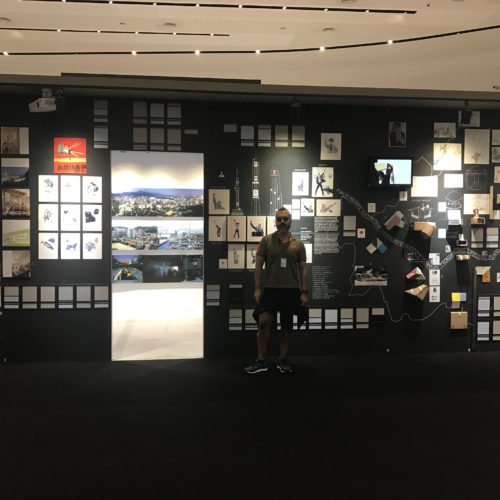 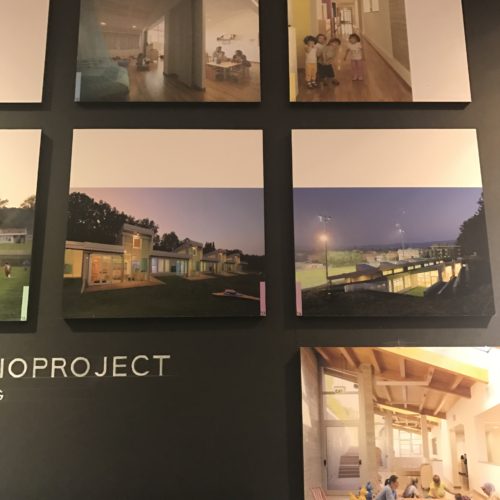 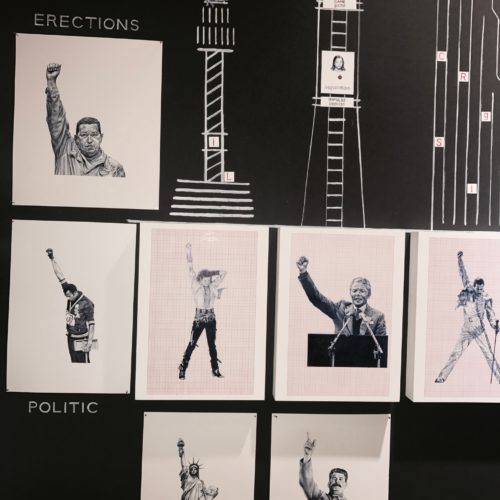 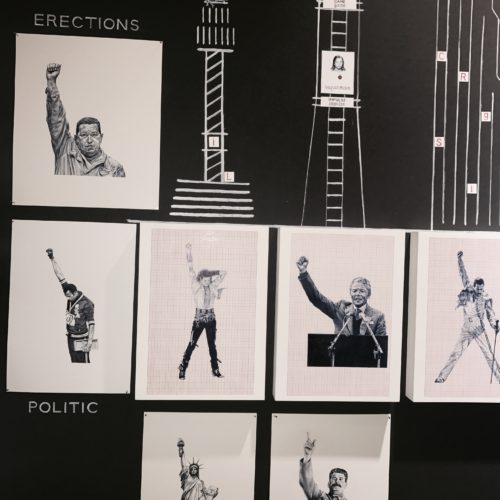